Clarkston High School in its current iteration was opened in 1999. Technology within the high school was cutting edge in its time. Unfortunately, the building has not really gone through many updates since its opening in the late 1990s. When the high school was built, it was built following the traditional school model, which was originally conceived to accommodate needs during the industrial revolution as Sir Ken Robinson points out in his famous TED Talk.

Currently my classroom is set up in a very traditional format. There are 33 traditional student desks in my classroom and they are arranged in rows. Like all other language teachers I have flags from countries that speak our target language (Spanish), and posters representing cultural differences hanging all over the classroom, with limited space for student work. The 33 student desks create issues as well. Having so many desks packed into a small space creates accessibility issues for me as a the teacher as well as can be seen in my panoramic photo of my very traditional classroom below.

This week in CEP 811 we have been asked to reimagine our classrooms into our ideal learning space. In a perfect world I would get rid of all of my classroom furniture (student desks and even my own desk). I would love to be able to rid myself of a teacher desk to remind me not to always teach at the front of my classroom, but to move around and engage my students one on one with our language. I would get rid of the teacher desks because they are bulky, uncomfortable, and just not a good use of space. I know that many of my language PLN colleagues have gone deskless and have not looked back, but I fear that there would be times where having no desks for students to work at would be impractical.

I like the idea of no desks because students would be able to move along easier and would have easier access to one another for conversation and collaboration purposes. For practicality purposes, in my redesigned classroom I decided to go with conference tables. This would provide the students with ample workspace while still giving them access to one another to converse and collaborate. Conference tables would also take up less floor space allowing us room to move around within the classroom.

In addition to swapping out my student desks I would also get rid of the whiteboard at the back of my classroom to make more room for presenting student creations, while keeping the main whiteboard in front of my room. 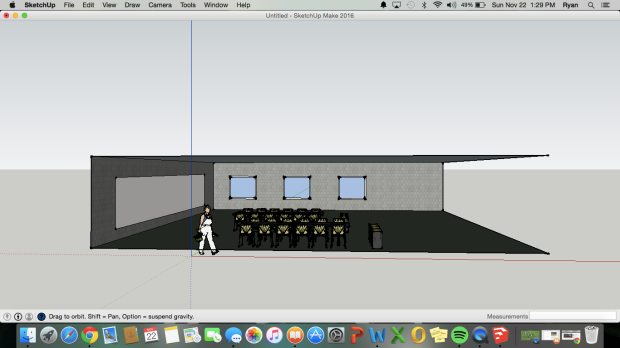 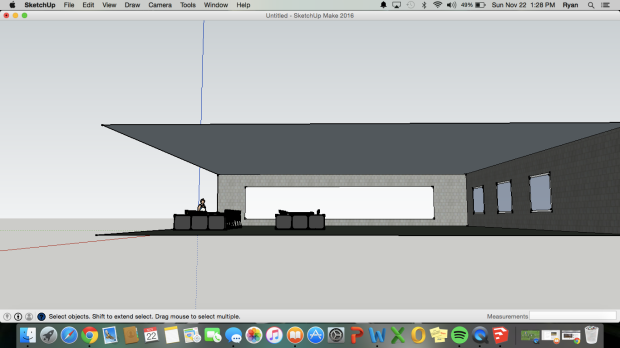 The other addition that I would make to my classroom are Google Chromebooks for each student. I would need to be able to get 34 Chromebooks as that is where our classes top out in terms of size and I would want all of my students to have access to one if possible. Our school district has already committed to Google and have refitted all classrooms in the district with Chromeboxes for teacher use, and we have already begun to outfit our computer labs with Chromeboxes as well. We currently have 2 mobile Chromebook labs, but they are hard to reserve as everybody wants to use them. The other existing labs that have not been redone have computers that run Windows Vista, but do not really meet the specifications to run Vista efficiently which creates problems.

In terms of cost, conference tables could be bought between $900 and $1300 each assuming quality products were purchased. It is also possible that we have some in storage surplus somewhere in the district, so I am not really sure if there would be any necessary cost for this portion.

Chromebooks can range in price anywhere from $149 per unit all the way up over $1000. I want to utilize them to connect my students to other students and classrooms globally, as well as connect them to and allow them to explore Hispanic cultures. I think a middle of the road type of Chromebook would be sufficient.

To implement my vision, we would not have to do it all at once. This could be done in phases. I could replace my desks in the first year. In year two we could outfit the classroom with enough Chromebooks for students to work in pairs, and in year 3 we could double the number allowing each student access to their own Chromebook.